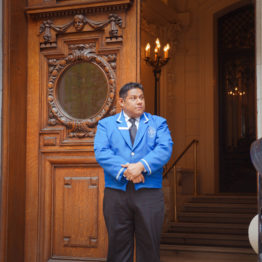 When thinking about minor character development let’s first deal with that word: “minor.”

You have major, main or primary characters, and you have minor, supporting or secondary characters, but they are all relevant to the story you are telling. A general rule of thumb is that if you have a character that isn’t working for your story, cut them out or combine them.

So, let’s hear it for minor characters! Under-appreciated not-quite-heroes-or-heroines of our fictional worlds.

What do we mean by a character working for us?

An effective use of a minor character might be to challenge or echo the story of the protagonist.

While they can be used to create light relief and change the mood or pacing of a passage, a minor character is a handy tool for making your protagonist’s life more difficult.

One thing to consider, however, is that if you make them too impressive, readers might expect them to appear again later in the story. They may become confused with primary characters, who are typically more 3-dimensional. It’s a fine line and something to feel your way around, perhaps with the help of feedback on your early drafts.

Modern readers are wise to many literary techniques and devices, even if they wouldn’t use that term. Movies have been influential on the way people read too. Particularly in a Hollywood studio movie, every scene is meaningful or helps move the story forward. Your character may seem minor to you, but your readers will be paying attention to everything he or she does.

This is one reason that it’s useful for a minor character to have a role that relates in some way to the hero or heroine. The supporting character can be assisting or hindering. They could be similar to the hero or the antithesis. They could share the same flaw, but deal with it in different ways. And many other variations. What’s important, is that they seem solid. Giving them a real function in the story, will help.

On the subject of making characters solid, here are some well-worn tips for developing minor characters.