Writing in the First… 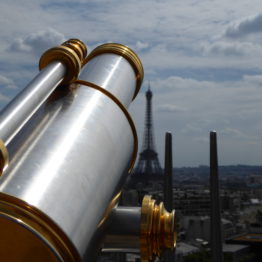 Who tells your story (your narrator) is an important technical decision that can determine not only the feel of any novel but also the level and quality of the story the novel ‘allows’ a novelist to tell. The choice you make can either enhance your story or work against it.

Most long fiction is written in either the first person or the third person. When a novel is written in the third person, there can be different kinds of narrators. The narrator can be the kind that knows everything that has happened and will happen – omniscient. And there are different levels of omniscient narrators. One might observe from the outside but not go into the character’s heads. Another might ‘dip’ in and out of the mind of the protagonist from time to time. An omniscient narrator can even tell the story from the point of view of other viewpoint characters in the story. Each choice has a different impact on the story.

Writing in the first person can be a particularly powerful way to tell a story. It’s an immediate and powerful way to develop a strong voice – for example, that of your principal character. It does present certain challenges, however. In most cases (except in fantasy, science fiction and paranormal), the narrator of a first-person story will not be able to ‘enter’ the minds of other characters. No rules are set in stone, but you should be aware that viewpoint should be handled carefully to avoid a jarring effect.

While a first-person narrator is highly unlikely to be able to know everything about the story they are in (unless you are writing about a deity, perhaps), your protagonist might be telling a story about something that happened to them long in the past. In this case, consider the difference between who the narrator is now and who she was in the time period of the story.

Writing in the first person is an effective way of creating tension in a story because the reader only knows what the narrator narrates. As a novelist, you can make your reader question the reliability of the narrator in subtle ways, which increases suspense: How much can you trust your narrator?

From the beginning of a first-person-narrated novel, the narrator knows how the end of the story whereas the reader doesn’t. This in itself presents an opportunity to add tension. How has the narrator changed? What has the narrator endured or survived? Through the course of the novel, how did the narrator change in response to events? Who was he at the middle of the book and who has he become by the end? Written with a strong voice in first-person viewpoint writing mode, this type of narration will leave readers asking what happens next and turning the pages for more.