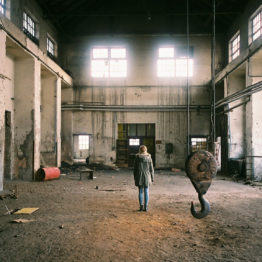 Selecting genre & subgenres can be thought of in a similar way to how the creepy music at the start of a horror film tells you what to expect for the next 90 minutes, genre tells people what kind of story they are getting.

Whether you’re a professional author or you aspire to be one, it’s a good idea to know the genre of your novel before you start writing. If you know your genre, you’ll know your audience. It’s also key to appreciate that each genre (and subgenre) has established rules that dictate what is expected of the story.

When writing romance, for example, readers tend to anticipate a Happy-Ever-After (HEA) or at least a Happy For Now (HFN) ending. This is not to say that your romance novel must conform to a happy ending, but when your hero falls to his death during a gliding accident, you need to know that a significant number of your readers will not have seen that coming and there might be some pursed lips.

As with most if not all writing ‘rules’, you can bend and break tradition and expectations. It’s just a good idea to know you are doing it to be fully in control of your craft.

Considering the genre of your story is vital to delivering a story to meet or challenge your readers’ expectations, but it’s also important from a sales point of view. It’s worth knowing that some genres, in general, sell much better than other genres.

Again, romance is a prime example. A look at e-book retailers and the top social media sites for readers and writers, Goodreads and Wattpad, will demonstrate just how many readers are ready to devour series after series in the romance genre.

The term literary fiction describes writing that might be considered cerebral and elevated, and sits outside the arena of genre fiction. A literary novel can be major prize-winning stuff and go on to do incredibly well, but if you’re less interested in prizes or waiting for lightning to strike (although it might and it does) then you may find it easier to market and sell your book if you define it as a romance.

Some authors cross over from one genre to another. These days, you’ll find Stephen King novels not only in the horror section of a bookstore, but staring out at you from the storefront windows and on the mainstream sections of these establishments.

The list of novel genres and subgenres, or types of novel, is vast. Speculative fiction, for example, encompasses science fiction, fantasy, and horror, each of which can be further subdivided into dozens of categories. Being this specific is useful for focusing you as a writer. It can also be helpful for finding readers, particularly on websites that sell e-books, and that act more like search engines than traditional bookstores.

Whatever you want to write, the chances are that it has a name and dedicated fans. Do your research before putting pen to paper, or fingertip to keyboard. If you’re already a fan of your genre and are reading it, this is a great start.