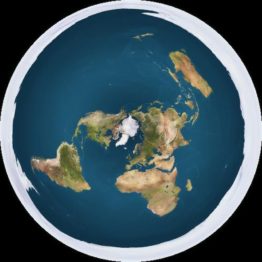 Do you regularly look at the world and wonder “what if?” If you like the idea of playing with reality, speculative fiction may be the genre for you.

Speculative fiction is not easy to pin down. This in itself is appealing to many writers.

It can be said to encompass stories that are set in other worlds and contain futuristic, fantastical, or supernatural elements. These adventurous novels fall into the genres of science fiction, fantasy, horror, magic realism, alternative history, and more.

If you’re looking for creative freedom and excitement as a writer, speculative fiction is where writers break the rules of reality and make their own rules in imagined worlds.

It’s not all monsters and spacecraft, though. The realm of speculative fiction is subtle. A world that appears vastly different to ours can work in much the same way. Alternatively, the setting of a novel might seem realistic apart from one element that turns that world on its head.

This is the perfect genre for speculating on what the future will be. In Margaret Atwood’s “The Handmaid’s Tale,” which is set in the near-future, a military dictatorship has overthrown the US government. The incoming Christian fundamentalist movement strips women of their rights and introduces sweeping changes inspired by the Old Testament.

“Never Let Me Go” by Kazuo Ishiguro borders horror, dystopian science fiction, and thriller. Set in a fictional boarding school, readers gradually learn that all is not as it seems.

Speculative fiction allows readers to enjoy a rich imagining of what the world would be like if things had happened differently, as in “The Man in the High Castle” by Philip K. Dick. This alternative history novel explores an alternate ending to World War II. Japan and Nazi Germany enjoy totalitarian rule over the US.

Set in a similar universe, “Fatherland” by Robert Harris could be described as a detective story. Its roots in alternate history, however, are strong. Harris based many characters on real people. According to the author’s note, the real characters’ biographical details are correct until 1942, at which point the narrative is fictional.

Speculative fiction is popular with writers and readers. These books suggest that re-imagining reality can be more interesting and exciting than merely escaping reality.