The Effect of the…

Home / Blog / The Effect of the #MeToo Movement on Publishing 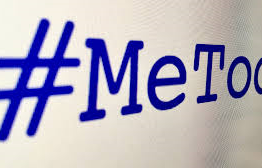 It’s the hashtag heard around the world. Tarana Burke originated the phrase and the movement ten years ago with her organization, Just Be Inc. It exploded across the internet in October 2017, when Alyssa Milano tweeted, “If you’ve been sexually harassed or assaulted write ‘me too’ as a reply to this tweet.”

The #MeToo movement hit every corner of every industry, including publishing. According to Publisher’s Weekly, many women in publishing can recount sexual harassment, and many of those who have not experienced it through their careers indicate they feel lucky to have escaped this problem thus far. Harassment claims against well-known authors and editors are in the media spotlight, including people in the children’s and YA publishing.

In an analysis of gender bias in the New York Times bestseller list, author Rosie Cima explains that the VIDA Count organization does a tally each year of the genders of writers whose works are featured and reviewed in literary journalism outlets.

The most recent study, in 2015, shows that books by women made up far less than half of all books reviewed in the New York Review of Books, Harper’s, the Atlantic, and the London Review of Books.

Cima’s article shares analyses indicating publishers have male-biased catalogs, which may explain why reviews are also male-heavy. Female authors are writing, but the gender ratio on the NYT bestseller list has remained at under 50 per cent since the early 2000s.

If publishers push for more parity in their catalogues, perhaps the entire industry could shift to a more female-friendly environment.

The Staunch Book Prize is a good example of publishing industry efforts that can promote healing. This book prize is set to be awarded to the author of a thriller-genre novel within which no woman is beaten, stalked, sexually exploited, raped or murdered.

Its founders say they launched the prize because they felt there is an overload of violence toward women in fiction. As real-life women battle against abuse and violence, “the casual and endless depiction of women as victims sits uneasily alongside their fight.”

According to Burke, the movement needs to address dismantling broken systems rather than individuals. It needs to help give survivors resources to heal.

By highlighting more female voices, and promoting work that avoids the clichés of violence, the publishing industry can help.