The Rise of the…

Home / Authors / The Rise of the Unreliable Narrator 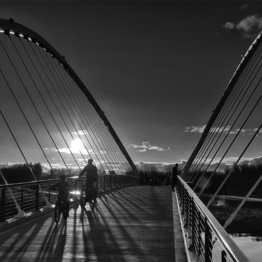 What is an unreliable narrator?

This doesn’t refer to the day Morgan Freeman failed to show up to work. An unreliable narrator is a character who tells the reader a version of the story that can not be taken at face value. He or she might be lying, insane, or in denial. Their point of view could be biased or incorrect for any number of reasons.

Having an unreliable narrator tell the story is a great way for a writer to manipulate the reader. In the nicest possible way. Or perhaps not. The choice is yours. This kind of novel can be very satisfying to read as well as being a lot of fun to write.

When should you reveal the narrator’s unreliability?

Again, this is up to you. It might be obvious from the start of the story that the reader can’t rely on the narrator. For example, he or she might come out immediately as a blatant liar, such as a criminal making outrageous claims to profess his or her innocence.

Alternatively, you could reveal the narrator’s unreliability gradually, which can create a compelling atmosphere of unease.

Or the narrator’s unreliability could appear as a revelation, providing a major plot twist. On that note, now read Agatha Christie’s classic The Murder of Roger Ackroyd. In 2013, almost 90 years after the book’s release, The British Crime Writers’ Association voted it the best Crime Novel Ever. When you read it, you’ll see why.

Are all unreliable narrators malicious?

Not at all. Take a look at Mark Haddon’s ‘The Curious Incident of the Dog in the Night-Time’ to see the world through the eyes of its young autistic narrator. Or Emma Donoghue’s ‘Room’, which is narrated from the viewpoint of a boy who is five years old.

Crime and mystery are great genres for effective unreliable narrators.

‘Gone Girl’ by Gillian Flynn is an excellent example. The source of the novel’s suspense is protagonist and narrator Nick Dunne and the question of whether or not he is involved in his wife’s disappearance.

‘The Girl on the Train’ by Paula Hawkins is in a similar vein. This story is told in the first person from three women’s perspectives. The untrustworthiness of these narrators does not only add depth to the stories, but is integral to their construction.

Do you have to make the narrator’s level of trustworthiness known by the end of the book?

In the end, it’s not always clear whether readers are being misled or not. It takes skill to pull off a novel that leaves the reliability of the narrator open. When it works, however, the effect is electric, making a fantastic talking point for readers and critics.

In ‘The Life of Pi’ by Yann Martel, readers continue to discuss whether or not its narrator can be trusted. And in ‘We Need to Talk About Kevin,’ Lionel Shriver leaves the final judgement to the reader: it’s up to us whether or not we think that Kevin was a bad child or that Eva was a bad mother. The beauty of this story is that it works however you interpret it.

To write an unreliable narrator, planning and plotting are crucial. If you reveal that the narrator is full of it, it works most authentically if there are clues that the reader could have spotted. Some foreshadowing works nicely. Consider including a strange reaction to the narrator, and one or two subtle ambiguities. Your reader should be able to look back over the book and say: “Of course!” as opposed to: “Where in hell did that come from?”

Whatever your genre and whatever your narrator type, The Marshall Plan can help you structure your story so that it remains coherent. It will help you to tie up loose ends. Leave nothing to chance. And you’ll be able to do it in a fraction of the time it would take without help.