The Rise of Graphic… 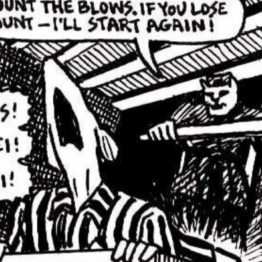 You can think of a graphic novel as a book-length comic book or an anthology of several graphic stories, with well-made illustrations along with a compelling plot. Sales of these books are growing.

NPD Bookscan data says that the comics and graphic novels category in the US book market has seen compound annual unit sales growth of 15 percent over the past three years.

The term graphic novel is said to have gained popularity in 1978 with the publication of Will Eisner’s A Contract with God. Still, comics and graphic novels have been around for a long time.

In the early 1900s, publishers collated comic strips into albums, while others published novels based on comics. Pulp magazines full of adventure plots and high-quality illustrations took flight in the US in the post-World War One period, adding to the country’s love of illustrated stories. Superman, of course, brought the genre into the mainstream in 1938, and comics have been a mainstay ever since.

In Europe, stories like The Adventures of Tintin and Asterix were collected and published as serials, adding to the global popularity of the format.

Marvel’s The Silver Surfer, circa 1978, was one of the first original mass-market trade paperback graphic novels, along with Jules Feiffer’s Tantrum in 1979. A Contract with God was the first to be published and owned by its creator.

Art Spiegelman’s Maus, published in 1986, won the Pulitzer Prize and truly cemented the idea of graphic novels in the mainstream market, leading in part to today’s love of the format.

There are graphic novels of all genres and subjects for readers to enjoy, especially as the format grows in popularity.

Science fiction is always a popular choice. Scott Snyder and Jeff Lemire’s A.D. After Death fits the bill. In this tale, humans have found a cure for death, and the story explores whether or not that is a good thing or not.

Superheroes have always been and are always likely to be a big part of the graphic novel genre. Try a retelling of a classic like Batman Vol. 1: I Am Gotham (Rebirth) or pick up the story of a new hero, like BLACK, Vol. 1, which combines superpowers and social justice.

Want to add your voice? If your writing lends itself to illustration, you too may have a future in graphic novels.