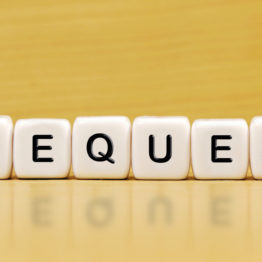 It can be tempting to try to cash in on the success of a novel with a sequel. Sometimes this is an effective way to keep a good thing going and shore up sagging sales. Other times, however, nothing can compare to the original and an author risks tarnishing the reputation of the earlier work.

“Peyton Place,” written in 1956 by Grace Metalious, quickly became a bestseller and sold more than 30 million copies. It became the bestselling novel of the 20th century until “The Godfather” displaced it from that spot.

The sequel, “Return to Peyton Place,” was published in 1959. A Time magazine review said the book “bears all the marks of a book whacked together on a long weekend.”

Though successful, it sold far fewer copies than the original, reaching #13 on the New York Times bestseller list.

For authors looking at this scenario, it goes to show that it’s worth taking the time to develop and write a great sequel. It’s imprudent to assume or simply hope that your original success will carry over to the next project.

“To Kill a Mockingbird” / “Go Set a Watchman”

The Pulitzer Prize-winning “To Kill a Mockingbird” is well known and well loved by many. Protagonist Atticus Finch risks his life to save the life of an innocent black man. In Harper Lee’s novel “Go Set a Watchman,” however, Finch is racist.

The book was originally marketed as a sequel to “To Kill A Mockingbird,” which has perplexed and upset many readers who loved the original portrayal of Atticus Finch as a moral stalwart.

Fans agree that it doesn’t seem to work as a sequel, although its events are sequential to the first book. The power of marketing, however, is such that the publishers tried to sell it as a logical progression.

If your characters undergo massive changes, as Atticus Finch does here, be prepared for your fans to revolt.

Margaret Mitchell’s 1936 classic saw a 1991 sequel, written by Alexandra Ripley. While it was panned by many critics, including authors, it did well commercially and sold over a million copies.

While reviewers might not have loved it, fans did. If you choose to write a sequel, consider the balance or trade-off between critical approval and pleasing your fans.

This modern-day series is another set of books that reviewers hate but readers love. E. L. James’s

“Fifty Shades of Grey” hit the top of worldwide bestseller lists and sold well over a hundred million copies.

The sequel “Fifty Shades Darker” did well, too, as did the third book in the series, “Fifty Shades Freed.” While these sequels didn’t match the success of the original, the series is holding strong.

Smart marketing and getting your idea out at the right time can help a series realize its commercial potential.

The best sequels build on the original story, delivering something deeper or something new. Whether you are working on your first novel, or part of a larger series, focus on creating a strong outline with believable characters and your fans might follow you anywhere.