Something Fun and New…

Home / Blog / Something Fun and New on the US Horizon? Indigo Books May Enter US Space 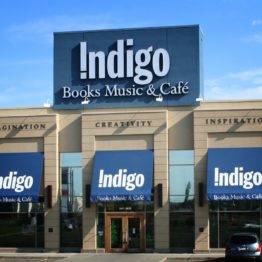 Canada’s largest book, gift, and toy retailer, Indigo Books and Music Inc, is said to be looking at bricks-and-mortar stores in the US.

Founded in 1996, it is known for its highly-curated, quality-over-quantity approach, with beautiful “lifestyle-oriented” stores. According to Publishers Weekly, it looks like top Indigo executives have been meeting in regards to expanding these stores in the US. A store may be being planned for New Jersey.

One executive is reported to have said, “[CEO] Heather [Reisman] has many close relationships in New Jersey and knows the area well.”

Although it operates in part through a successful website and was integral to the founding of digital e-reader firm Kobo, Indigo is no stranger to bricks-and-mortar. It operates about 90 superstores under the brand names Indigo and Chapters. There are also well over 100 small format stores.

Although it has been around since 1996, it has made waves with its concept stores, the first of which opened in Sherway Gardens, Toronto. Launched in 2016, this store is spread over two floors and 30,000 square feet. It was described by Krishna Nikhil, Indigo’s Executive Vice Principal of Print and Chief Strategy Officer, as “a book lover’s cultural department store.”

It’s not all books, books, books. The first floor of the Sherway Gardens store is focused mostly on lifestyle items and what might be described as sidelines. Many of these sidelines originated in their New York City design studio and remain exclusive to Indigo.

American Girl, for example, is available at Indigo, but at no other retailer. Indigo shoppers can purchase the popular dolls, clothes accessories, and accessories. It’s a good example of their diversification into products other than books.

Having said that, it doesn’t look like we need to worry that Indigo is going to forget about books in a hurry. According to Krishna Nikhil, the firm makes 60% of its revenue from its 70,000 titles. They are streamlining inventory management so they do not have too many books in stock. And they work with kiosks so that customers can order directly from the website if a book is not in stock.

Indigo CEO Heather Reisman sold their controlling share of Kobo Inc. to Rakuten toward the end of 2011, at which time it was already the dominant e-reader platform and manufacturer in Canada. Indigo’s commitment to bricks-and-mortar stores has been increasingly clear through its investment and now through its possible expansion into the US.

Whether they move into the US now, later, or not at all, Indigo remains a leader in innovation and book marketing. It’s a firm to watch for anyone in the book industry.