Some Thoughts on How…

Home / Blog / Some Thoughts on How to Start a Novel 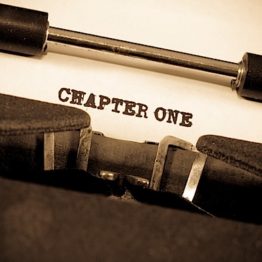 I know I’ve harped on this before, but it bears repeating. The best way to start a novel is tightly in the viewpoint of one of your main characters, with that character doing something.

Let’s look at this in some more detail.

Do You Remember the Time You Read a More Entertaining Novel?

So often I see novels opening with characters reflecting back on past events. Your opening is not the time for that. Stick with action and dialogue. If these events are important, back up and start the story with them.

Maybe it’s just me, but I hate prologues. I know some editors do, too. Often they’re in italics. I’m not sure why. It’s better to just start with good old Chapter One.

I’ll say it again: if it’s important to the story, just start there.

The Storm Before the Calm

When an author realizes that the opening of a novel is not interesting enough to hook a reader, his or her solution is sometimes to take an exciting scene from later in the novel and dump it on the first page. The novel then becomes an explanation of how the lead character got to this point and how they will get out of it.

Avoid this copy and paste ‘solution’ to mask a poor opening. Unless it’s authentic, it can feel contrived. It’s better to re-write your beginning to make it compelling than to rely on an electrifying flashback or flash forward followed by a dull scene.

Be careful which character you start your story with. You’re signaling that this is one of the story’s main characters.

This doesn’t mean that you can only ever start with your protagonist. Doing otherwise is okay as long as you are aware of your readers’ expectations.

In horror novels, for example, the first character we see is sometimes bumped off to demonstrate the power of the antagonist. Starting like this is sometimes called a False Beginning or having a False Protagonist. If you’re going to take this route, make it quick. Readers often feel cheated if they’ve invested a lot of time with a character only to find that you stab them to death and then introduce yet another character.

Delaying the introduction of your lead character can be annoying, particularly for agents who read many beginnings to get a feel for the story and the protagonist.

Start As You Mean To Go On

Readers like it when your opening tells them what kind of book they are reading. The opening pages are like a promise to take your readers on a certain kind of journey. With your execution of the novel, you can surprise and delight them along the way.

Look at the first page of your novel. This is as much as many agents will read to get the gist of your story. Can you tell what genre you’re reading? How does your opening make you feel? Happy? Anxious? Afraid? Bored?

You need to think carefully about where you start, but many authors rewrite the beginning significantly once they reach the end of the novel. Don’t let agonizing over the beginning prevent you from getting started!

These tips should help you, but writing the final page of your novel will also give you insight into when and how it should start.