Novels Based on Real… 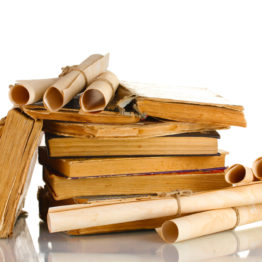 While history is fascinating, it can seem dry if you’re stuck with historical texts and academic textbooks. For history lovers looking for the human side of famous events, it’s worth picking up a novel based on real historical events.

While authors may take artistic license, elaborate, and bend the truth with characterization, these novels can fire up the imagination and transport you to an authentic time and place.

Anita Shreve’s “The Stars are Fire”

Shreve’s novel, “The Stars are Fire,” is based on real-life events that took place in Maine in 1947. Drought led to a major fire that killed sixteen people and left many without homes. Fishermen and the Coast Guard had to rescue people from the coast.

In this novel, the protagonist Grace is a young mother, pregnant with her third child, and she has a husband she no longer loves. She is one of the people waiting for rescue with her children. With her home gone, she faces an uncertain future, which Shreve explores.

Shrive was inspired by the Maine fires and used archival information to research the disaster and build the story.

“The Magdalen Girls” is set in Dublin in 1962, in the city’s Magdalen Laundries, workhouses for women. The protagonist, Teagan, and her friend Nora plot a way to escape.

The book is known for its attention to historical detail, truly showing what life was like in this era and setting, and depicting the inhumane treatment of women in the laundries.

Another of Alexander’s novels, “The Taster,” is a World War II-era read. It tells the story of a German woman who, in 1943, is sent to Bavaria and then the Berghof, Hitler’s mountain retreat. There, she is employed as a taster, trying Hitler’s food first to see if it is poisoned. She finds herself confronting the atrocities of the Reich, and falling in love.

Again, this is a work that exemplifies attention to historical detail, with the added humanity of Alexander’s characters.

Historical fiction can be as delightful to write as it is to read. It involves research and deep digging to be accurate, but for the history buffs out there, there is no better combination.

If you are looking for good story ideas, think about looking to the past and allow yourself to be inspired by historical events.