How to Write a…

Home / Blog / How to Write a Novel: Viewpoint Writing 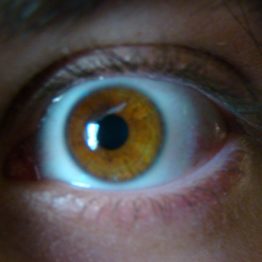 The concept of viewpoint writing is important to understand, because it makes your novel come truly alive by giving readers the illusion of living your story through these characters.

The Pitfalls of Novel Writing with No Viewpoint

You’d be surprised how many projects I see that are written with no viewpoint. I think it must be the influence of the movies.

Movies and TV shows have an omniscient viewpoint typically, in which the viewer knows and sees all, like an observer floating over everything in a god-like position. We don’t ever get inside characters’ heads the way we do in novels. Omniscient viewpoint works in film but does not work in today’s commercial novels because it shatters the illusion of living a story through certain characters’ eyes. “Head-hopping”—jumping back and forth between two or more characters’ viewpoints in a scene or chapter—is a no-no among editors (an exception is often made for the romance novel, because many readers like knowing what the hero and heroine are both thinking in a given scene or chapter).

Deciding on your story’s set of viewpoint characters brings focus and power to your novel, making it a more immediate and realistic experience for your readers. A mastery of viewpoint writing also signals to agents, editors and readers that you are a professional and know your craft.

Viewpoint as a Novel-Writing Technique

To stick to one viewpoint, it is as simple as only sharing what a given character knows, sees, and experiences directly. From there, choose first person, second person, or third person viewpoint. Use:

How to Write a Novel with the Marshall Plan

I defined this essential technique in my book The Marshall Plan® for Novel Writing in 1998, and the concept is one of the cornerstones of the NovelCreator® software, first published online with Martha Jewett in 2008.

A longstanding literary tool, The Marshall Plan® was set for an update. I’m excited about the just-released version five of the Marshall Plan® software, offering many more viewpoint writing tools and an integrated character development screen. It also includes a flexible novel structure.

Users will have many more powerful tools at their fingertips. To be one of them, visit www.themarshallplan.net to learn more and download our free trial.