How Scary (and Fake)… 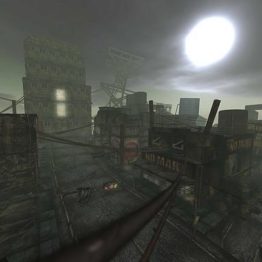 Whatever you think of President Trump, authors of dystopian fiction have him and the attendant media circus to thank for the resurgence of the genre.

Sales of dystopian novels have been astronomical as a result of Donald Trump’s campaign and election. Penguin has seen a sales increase for “1984” by George Orwell of 9500 per cent since Trump’s inauguration, taking it to the top of the Amazon bestseller list.

“1984” echoes our media’s “groupthink.” There is a lack of diversity in viewpoints that allows things like the election of President Trump to take the world by surprise. This novel is particularly apt, because we are living in a time of profound skepticism regarding the media. More and more people are waking up to the idea that big news corporations have agendas.

According to a recent Gallup poll, only 32 per cent of Americans trust that the press will report the news accurately, fairly, and in full. Many would say that 32 per cent is remarkably high. That number may well have dropped in the light of all the noise about fake news.

Penguin has also re-released Sinclair Lewis’s “It Can’t Happen Here” in paperback, riding the wave of demand for dystopian fiction that resonates with our times. This is a classic satire about an authoritarian president, described by some as predicting the rise of Trump.

Dystopian authors work through serious problems with the world through the medium of storytelling. Margaret Atwood’s “The Handmaid’s Tale,” which is also experiencing a boost in sales, was written in troubling times, after the elections of Margaret Thatcher and Ronald Reagan.

A dystopian reading list for today’s reader should include Evelyn Waugh’s “Scoop,” in which – due to a series of misunderstandings – a man is hired to report political unrest in the fictional country of Ishmaelia. Its depiction of a press that is insular, easily led, and dishonest ought to resonate with modern readers in what has been described as the Age of Trump.

In “Scoop,” as in “1984,” the news is manufactured. Actual events are a secondary concern. The similarities between our world and the fictional world of a dystopian novel are impossible to ignore.

For a more modern exploration of the world we are in and the world we could be approaching, check out Lionel Shriver’s darkly humorous “The Mandibles: A Family, 2029-2047.” In this novel, Shriver considers the precarious state of the global markets and creates a world in which the dollar crashes and the US loses its superpower status.

Many Americans see President Trump as a threat to the US constitution. Others see him as a threat to civilization. Whether you fear Trump or are a fan, it’s undeniable that he’s doing wonders for dystopian fiction.