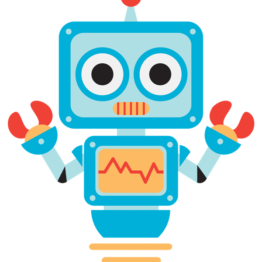 Fans of “A Song of Ice And Fire” – the epic fantasy series on which TV series Game of Thrones is based – are eager for George R R Martin to finish the next book the in series. Fan Zack Thoutt demonstrated his impatience by creating an AI system that wrote the opening of the next book. To do so, he fed the machine 5000+ pages of the series and sat back while it generated predictions for how the series would progress.

While not perfect, it was able to learn about Martin’s style. It starts each chapter with a character’s name, just as he does.

This isn’t the first time that a computer has generated a novel and it won’t be the last.

When Did Computer-Generated Fiction Become a Thing?

You may have heard of NaNoWriMo (National Novel Writing Month), but have you heard of NaNoGenMo? In 2013, developer and artist Darius Kazemi tweeted a suggestion that people write code that generates a 50,000-word novel and so NaNoGenMo was born.

National Novel Generation Month encourages people to write computer programs that will generate a novel. For now, computer-generated novels are more about entertainment for the creators and amusement for the readers than a serious competition to traditional writers – that is, writers without a built-in CPU.

The programmer had the characters move around a house at random, with the program narrating their movements. When they ended up in the same room, they started a dialogue that was pulled from Twitter.

Each sentence would use the same keyword, keeping the conversation focused, though not necessarily making much sense or being interesting.

Twide and Twejudice by Michelle Fullwood – In this take on Pride and Prejudice, the original dialogue has been substituted for a word that was used in a similar context on Twitter. It makes for some amusing, but largely unintelligible reading.

50,000 Meows by Hugo van Kemenade – In this novel, all words a replaced with a meow of the same length. Punctuation is unchanged.

Whether you want to read The Jungle Book or Moby Dick, you can now do so in cat language.

Here is an excerpt from the meow version of The Jungle Book, with translation:

He was a mongoose, rather like a little cat in his fur and his

tail, but quite like a weasel in his head and his habits. His

eyes and the end of his restless nose were pink. He could scratch

himself anywhere he pleased with any leg, front or back, that he

chose to use. He could fluff up his tail till it looked like a

bottle brush, and his war cry as he scuttled through the long

Definition Book by Sam Coppini – This novel starts with an 8-word sentence. The program then chooses a word to define for the reader and continues to do so, defining one word used in each subsequent definition, until the book is 50,000 words long.

Generated Detective by Greg Borenstein – This is a noir comic. The developer’s program searches detective novels on Project Gutenberg for sentences that include the following words:

It also selects images from Flickr, runs them through a manga app, and delivers the reader a noir story that Kazemi describes as being “a very disjointed, dream-like narrative, like most NaNoGenMo narratives.”

It seems that computer-generated fiction is best when consumed in small doses. Twitter makes a great delivery system. Via Twitter, authors can space content out so that a novel is ready over several weeks or months in an episodic fashion rather than all at once.

This kind of fiction is popular with people into conceptual art and new forms of fiction. It also appeals to people who desire more customized reading experiences. Through advancing digital technology and AI, people can read novels in which they appear in the action, or in which the reader can swap the genders of various characters.

Computer-generated writing is not about to replace the author. Nor is it intended to. Rather, it’s a fascinating way to consider what a novel is and how they are written. Those that reach for humanity miss in hilarious, disturbing, or heartbreaking ways. Others make no attempt to replicate the human touch, but the results are often nonetheless interesting.