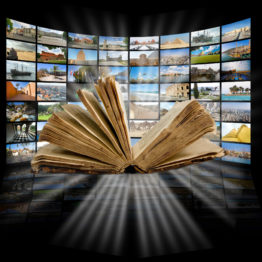 Sometimes, we might feel negative when people say that they prefer movies or television over reading a book. Take heart, however, in the fact that almost every movie was a script at some point, and where there is a script, there is a writer. Or 51 writers in the case of “50 Kisses.”

Even better, many of these scripts are based on novels. More than people know.

Here’s a look at some successful movies that people don’t often realize are based on classic novels.

“Clueless” – This is a teen classic, based on a classic novel. Here, Jane Austen’s “Emma” is transposed from 19th-Century England to 1990s Beverly Hills.

“10 Things I Hate About You” – There are clues in this movie that nod to the fact that it is based on a Shakespearian play. This movie is, in fact, “Taming of the Shrew.”

The heroine’s name is Katarina Stratford (see what they did there?) and the name of the school is Padua High School. Padua is the name of the Italian City in which the play takes place.

“Bridget Jones’ Diary” – Here’s an easy one for most people. The references to Jane Austen’s “Pride and Prejudice” are clear with an arrogant character named Mark Darcy, played by Colin Firth, who played Mr. Darcy in the BBC TV series. If you’ve seen the movie and read the book, you’ll know that the similarities don’t end there.

“O” – Although it’s only one letter, a clue is in the title. Other clues are the themes of jealousy and power.

Although this tale plays out with a basketball player in a US High School, the story of Shakespeare’s “Othello” shines through.

“O Brother Where Art Thou” – Ulysses Everett McGill is a man trying to get home to a woman named Penny and facing massive obstacles along the way.

His story is much like that of Odysseus striving to return to Penelope in Homer’s epic poem “The Odyssey.”

This Coen Brothers movie even features sirens, a flood, and characters being turned into animals.

Why make modern movies based on the classics? A classic story is timeless, but that isn’t to say it can’t be updated or transformed. A classic story has a message that is as relevant now as it was when it was written.

Pay extra attention to your themes when writing. Your effort could serve you now and in the future!