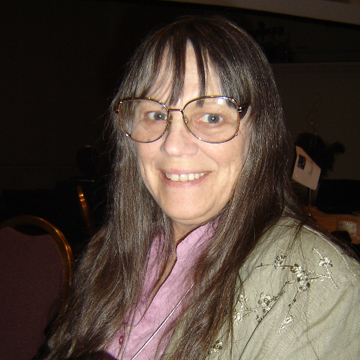 After five years and many rejections, I finally got my first book on the stands in 1988—Amber Flame—from Leisure Books (reissued a while back under the title His Bonnie Bride). Also the western—A Taste of Fire published by Kensington in 1988 (and reissued by them several times since then). After about 10 years of writing English, Scottish and western historicals for several publishers (even venturing into the occasional pen name),  I settled in at Kensington writing Scottish historicals. Thus was born the great Murray clan (and a very prolific clan as well). In June 2009 I started a series set in late-Georgian England concerning two connected families—the Wherlockes and the Vaughns. The first—If he’s Wicked—was that June; the latest—If He’s Tempted—was released April 2013.

I grew up in New England and my family (on the maternal side) has been here since the 1630s. The paternal side is half Nova Scotian and half English. Met the hubby in England on a trip to meet and greet the English side of the family, bought him a drink in a pub, and the rest is history. Been married for 42+ years now. I have two sons, one a graphic artist (Sam) and one a mechanical engineer (Keir), a daughter-in-law who is a teacher (Beth), and three stunningly attractive, highly intelligent grandchildren (boast much?)—Benjamin, Jennifer, and Evelyn Rose. And they all live within driving distance—hooray. Being mildly insane, I also have five cats—Matilda (high strung), Shadow (who is a little ferally and lives under a chair in my living room because she does not like the “kittens” I brought home years ago), the demonic duo—Jackson and Perkins, and the latest addition, Mungo.

When I am not writing—which isn’t often—I play games on the computer, play the piano (took 13 years of lessons when growing up), crochet (very addicting), read, and garden (some day I will conquer the demon weed).